Esprit D’Air (“Spirit of Air” in French) is a Japanese rock and metal band based in London. In 2013, the band increased in popularity as their single ‘Shizuku’ became the first playable song in the ‘J-Rock’ category in the video game Rock Band 3. Reformed in 2016, their award-winning debut album Constellations was released in 2017.

Starstorm Digital drove engagement and awareness through advertising to prospective fans in its niche market of Japanese rock/metal via social media growth on all major platforms including Facebook, Twitter, and Instagram.

We drove traffic to their email list with an intent to nurture their prospects over time and turn them from casual fans into a loyal fanbase of advocates.

Additionally, we worked on their public relations and secured features with HuffPost, Louder & Kerrang! Magazine. 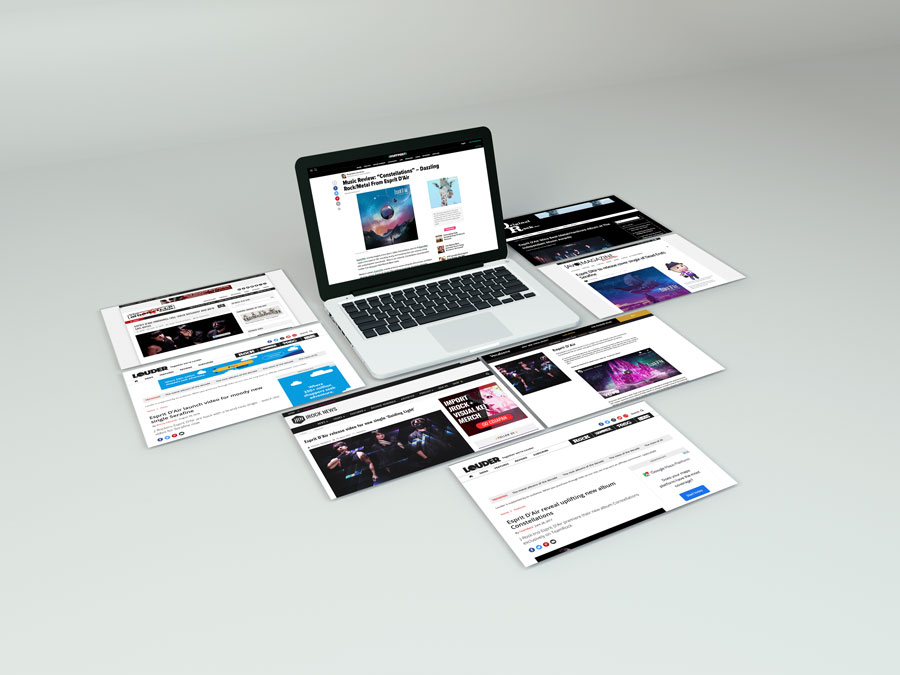 The email list surged from hundreds to its thousands within just a couple of months. Starstorm Digital booked and promoted their 7-date UK tour and four-date mini-tour of Europe, and subsequently sold out six out of eleven shows including London (twice), Barcelona, Paris, Carlisle & Newcastle.